In November I went to the CHAMPS Trade Show in Daytona Beach and found a bunch of new vape pens with all kinds of cannabinoids in them – most of which I hadn’t heard of before. I had just gotten used to Delta-8 in the industry when I ran into Delta-10 and 11, and some other stuff like HHC, THCO, THCP, and THCH. What is all this stuff? Where does it come from? And should we vape it? I don’t have all the answers, but I got some good ones from industry players that should help us navigate these new compounds.

It’s not just pens and gummies anymore. I found Delta-8 cookies, poprocks, and even poppable boba! If you want this stuff, you’re sure to find a favorite style. I prefer the pens, mostly because the edibles are too sweet for me. 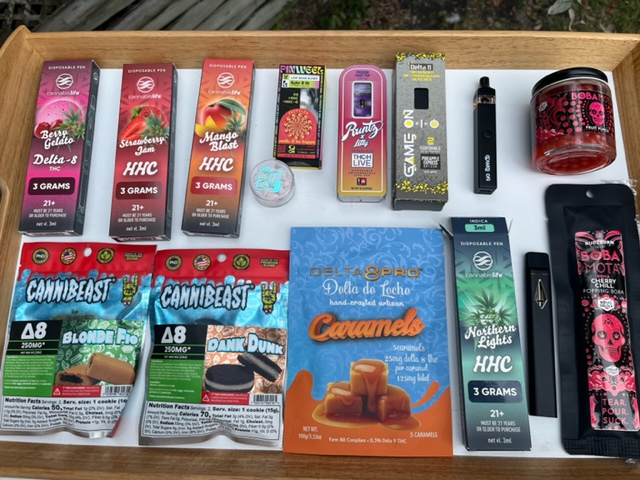 Do these products get you high?

Most people that sell these pens told me they are really strong and to be careful. But I have a monster weed tolerance, so I went at it on the show floor with whatever they gave me. At times I felt a little lifted, but never got woozy or high. But the people I walked the floor with do feel the effects, so tolerance is a consideration here. I did find one vendor who also had a tolerance and he told me they were about half as effective as weed.

If you do try these pens, test them out on yourself before you get into a real situation. Since the show I’ve used a straight HHC pen and a pen that has a mix of everything in it. So far, the HHC has done nothing for me, while the mix gave me a little lift at times. But that same mix pen made my wife woozy enough to wreck on her bike…not good. So yes, they can affect your senses, but maybe not in the way you expected.

Where do these compounds come from?

I wanna know…are these new compounds natural? Do they already exist in cannabis? Are they created when we vape or smoke cannabis? Turns out there’s a little bit of each floating around. Delta-8, for example, is found in trace amounts in our weed. Delta-9 is more prevalent, but converts to THC when we heat it up to vape it. But I couldn’t get anyone to tell me Delta-11 or HHC exists naturally in the plant. So how do we get these compounds and make vapes with them?

We have a glut of CBD and don’t know what to do with it. It turns out the answer is to process it into something else. While this shocked me at first a couple years ago, it’s now commonplace in the industry and openly discussed at shows. The standard answer to “where did this come from?” is almost always “a proprietary process,” but it all seems to come from CBD. It doesn’t seem to matter whether it is naturally occurring in the plant or not, we are creating all kinds of things just by fucking with CBD. This hippie likes to keep itnatural!

The good news is we seem to be beyond all the additives like PG and VG that are used in e-cigs. The bad news is they still find ways to be cheap. Every pen I found had the advertised compounds with terps to make it runny enough to vape in a pen. My HHC pen is nothing but HHC and terps. I like that, and it tastes good. But I was told the mixed pens are different. I couldn’t find any pens with a list of percentages of the compounds, but I did find one honest vendor who spilled the beans. He said any mix that has Delta-8 in it is mostly Delta-8 with only small amounts of the other compounds. Delta-8 is so cheap right now that it is the first choice for pen makers. So if you want one of these other compounds, try to get it by itself. 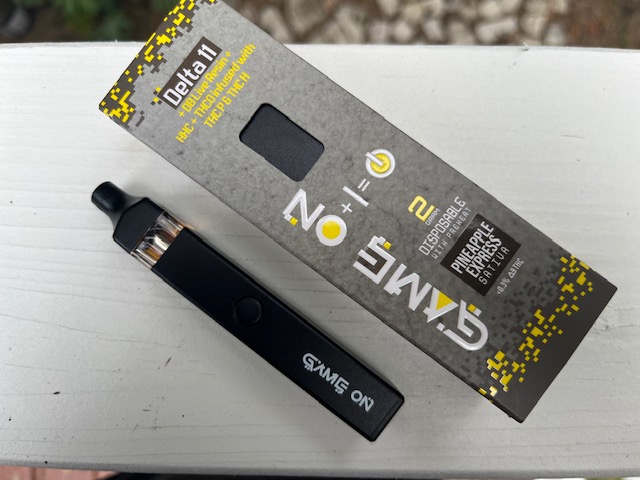 My main fear about these new cannabinoids and their products is the unknown. This industry is unregulated, and while I don’t favor regulation, this trend feels like a race to make money before it’s found out. I feel good about vaping terps and natural weed compounds, but these new ones give me pause. If you’re gonna try them out, test them first to make sure you know how they affect you. I wouldn’t operate heavy machinery while under the influence for the first time!